Why You Should Fish Big Worms on Swinging Jigs 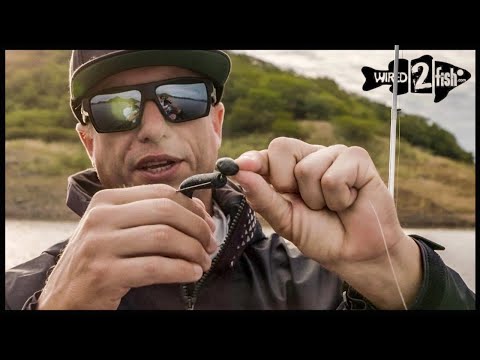 Wobble heads or swinging jigs are often pigeonholed into being paired with craw-style baits, but the reality is, it’s a blank canvas that can suit the likes of any soft plastic bait.

Brent Ehrler likes to throw a big profile worm on a wobble head because it allows him to fish two different ways to cater to the fish’s moods. Ehrler drives his point home by catching a few chunky bass and expands on the importance of rigging the bait properly.

One of the best opportunities to fish for crappie is throughout the spawning season, which generally the start of spring. Nevertheless, springtime can bring rainfalls, which can interfere with the typical pattern of crappie. This might also impact the method you fish, but not to fret, as fishing after heavy rain is still possible!

Read on as I go over how heavy rainfall impacts crappie behavior and how you can still go crappie fishing after heavy rain.

Did you just experience heavy rainfall and planned to go crappie fishing that day? Don't worry, there's still a possibility you'll get a catch, depending on how the fish were affected.

Unfortunately, chances are slim when catching crappie at this time. Why? Here are the changes that happen after the heavy rains:

The water temperature will drop significantly, remaining low until you see some sunshine Rain strips up stronger currents, which have the water turn murky, making crappie less visible Covers like fallen trees and brush piles may be destroyed from heavier rains and strong currents With that said, there is some good news to crappie fishing after rainfall. When thunderstorms occur, rains would wash small insects to the water, which can attract crappie back to shallow waters. That's why anglers also like to search for post-storm crappies, attracting schools of them!

This mostly sounds like bad news, doesn't it? It doesn't have to completely be! There are still ways to get around the issues mentioned above. Since crappie is sensitive to changes in the water, you'll simply need to adjust your fishing methods.

Here are ways you can fish for crappie after heavy rainfall